The ride home was quicker than Molly had expected. The snow storm had turned into snow flurries and the traffic had eased a bit. She was still a bit taken back by the “coincidences” in her shopping bag but was now chalking them up to indeed just that, or maybe just the miracles of the season whatever that meant. Either way she was ready to settle into a quiet weekend alone in her apartment working on the project to connect with Rebecca, whatever it was supposed to be.

Arriving at her front door she was greeted by a small brown box. “Strange” she thought. She didn’t remember ordering anything and she wasn’t expecting anything from anyone.. Picking up the box as she opened the door she was struck by how light it was, as if it contained nothing at all. Closing her door she placed the package on the kitchen table, set down her shopping bag and hung up her coat. Attentively she began to examine the package like she was from CSI. It was clearly addressed to her and had a strange return address. It read “Properties Division, NJST, Ocean County, New Jersey”. The more she looked at the little brown package the more it baffled her. Who? What? Where? When? These all ran together in her mind like one long run-on sentence.

The small package opened so easily it surprised Molly. Fully opened, its contents stared up at her. Wrapped in notebook paper was a metal object which when picked up was revealed to be a badly beaten up red cell phone. Molly was stunned, because even in its trashed state, she recognized it immediately to be Rebecca’s cell phone. The phone had been missing since ……. the accident. Molly gripped it oh so tight, first fighting back and then, giving in to the tears.

The questions – who, what, where, and when were answered for her in a simple note written on the paper that the red phone was wrapped in. It read, “Recently, this phone was turned in to our division. It was found near the accident site that took your daughter’s life. I remembered you from your visit with us to pick up your daughter’s belongings. I did a little research using serial numbers and connected this phone to your daughter’s case. I thought you might like to have it. With deepest sympathy; Officer Jill Johnson; Properties Division; New Jersey State Troopers.”

Molly wasn’t surprised when she pressed the power button and the phone didn’t light up. She expected that. What surprised her was when she plugged it into a charger for a few moments and hit the power button, it did light up. In just few seconds, with no password needed, Molly was staring at a screen filled with Rebecca’s android apps.

Molly was unsure what to do next. She felt like she was invading Rebecca’s privacy but she wasn’t really because Rebecca was….not here anymore. She wanted so badly to connect with her daughter. Was this coincidence at the time of her deepest grief orchestrated by someone to help her do just that?

She began with the text message app. Touching the keyboard on the screen where Rebecca’s fingers had typed made her feel close to her beloved child. Scrolling through the texts, she found herself grinning through her tears. The conversations with friends were so sweet, so funny and so Rebecca. For a moment it was as if she wasn’t gone at all. 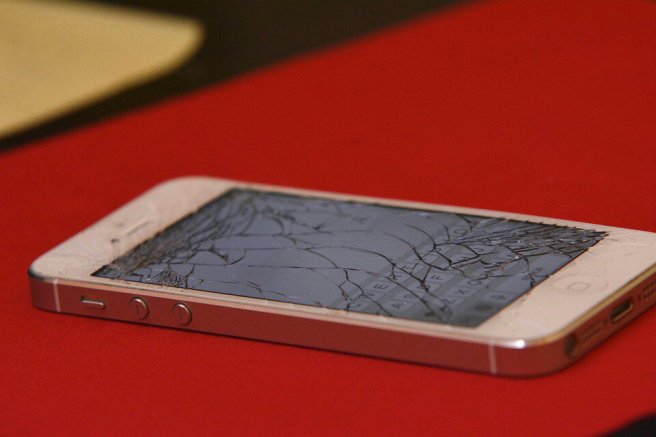 One string of texts with a guy friend of hers whose name Molly recognized had a strange picture attached. It was a selfie of someone wearing a scarf. Wait. That someone was Rebecca in the selfie and that scarf was green and blue and red and gold and silver and purple with white separating the colors. The project Molly had found in the closet looked amazingly like the beginnings of this scarf. The words in the last text on the string right after the picture brought everything together. It read “Love the scarf I made, making a second for mom for Christmas, we’ll be twins and BFFs.” Pulling herself out of the phone for a second, Molly sighed with relief. At least she knew now what she was supposed to be knitting. It was a scarf, a Christmas scarf at that.

Looking back at the red phone, Molly pulled up her name in the log of texts to review her and her daughter’s conversations. As painful as this was, it was a gift to her, grace if you will, to make it through the season. Touching her name Molly saw an unfamiliar text. She had viewed and reviewed over and over the messages her and her daughter had exchanged in the last summer days before the accident. She didn’t remember this one. Rebecca hadn’t had a chance to send it. It read “Thanks mom for raising me to be who I am, loving me with all my craziness and always being my best friend. God sure gave me the best mom a girl could ask for. I love u.” Clutching the red battered phone, Molly ran to her bedroom and cried her battered heart to sleep.

One thought on “The Christmas Scarf – Part 3”